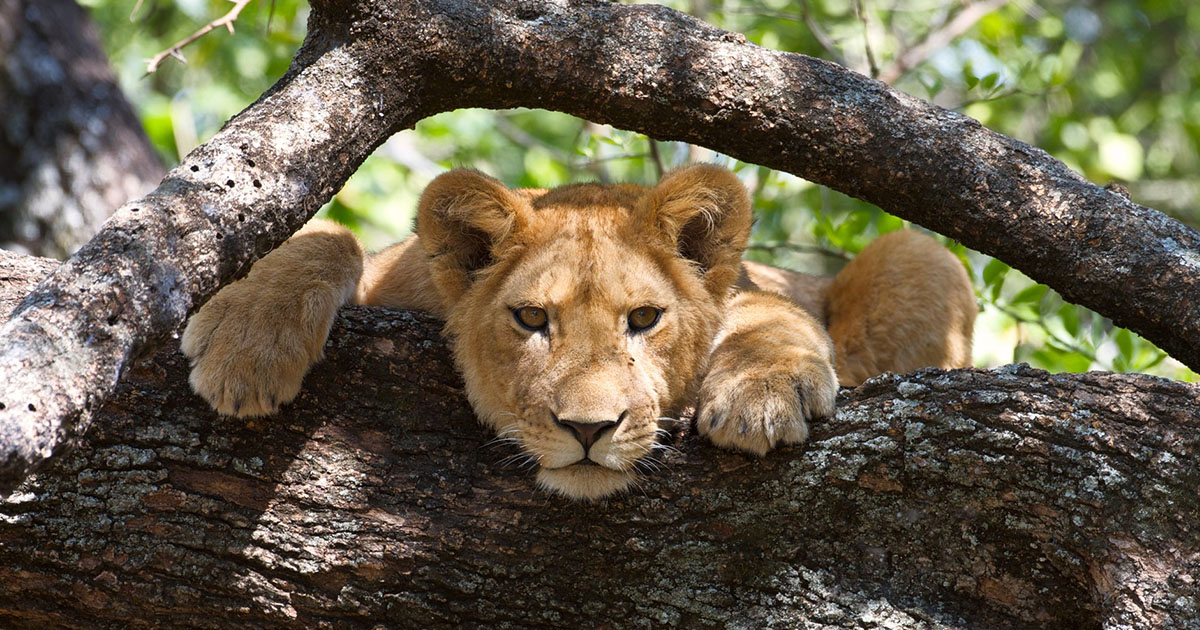 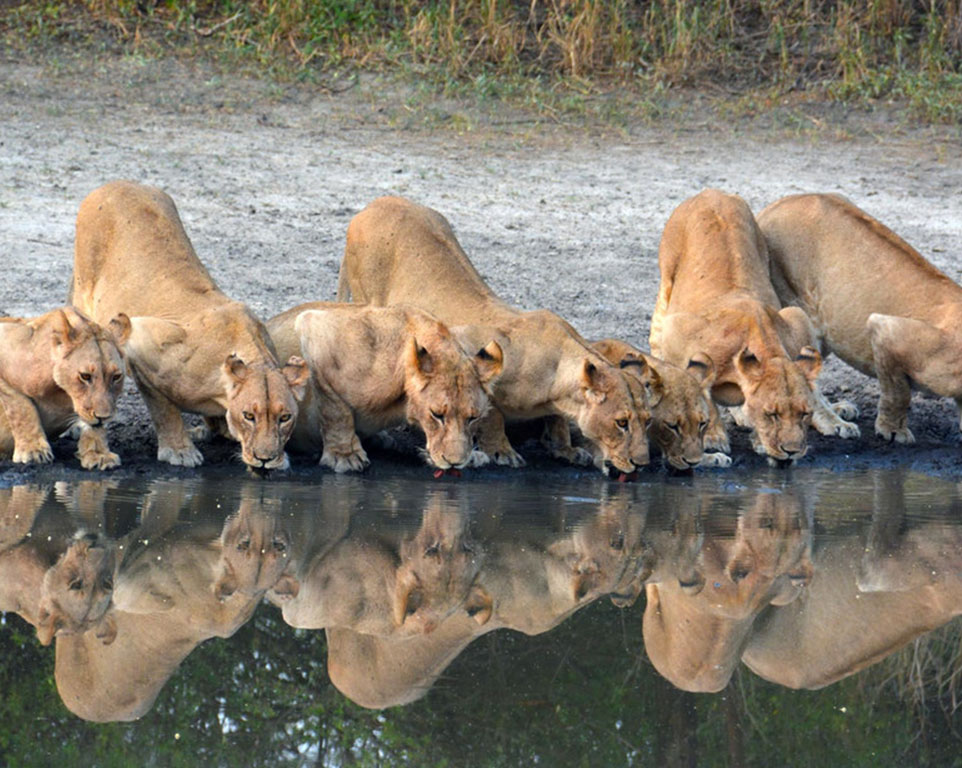 Lake Manyara National Park is one of the smaller national parks in Tanzania but still offers beautiful landscapes and is home to an interesting collection of wildlife. The lake itself is a soda lake / alkaline lake.

The main habitats include the shallow soda lake itself which occupies 70% of the National Park total area of 320 sq. km, the ground water forest, open grassland, acacia woodland and the rift wall.

The most famous spectacle in the park is the tree-climbing lions, which are occasionally seen along branches of acacia trees. The park also has an abundant population of leopards but sightings are rare due to the thick vegetation.  Other animals found in the park include buffalo, elephants, baboons, impala, giraffes, zebra, wildebeest, ostrich and hippos